TwelthMan is the official membership of England Cricket. They host Q&A sessions with ex England cricketers at all International fixtures played at home. Today here at Trent Bridge, Derek Pringle has the honour of the TwelthMan Q&A at 13:15.

Derek represented England at Test and One Day level from 1982 to 1993. They will be giving opportunities for fans to win prizes and also sign up to TwelthMan for priorities and benefits. 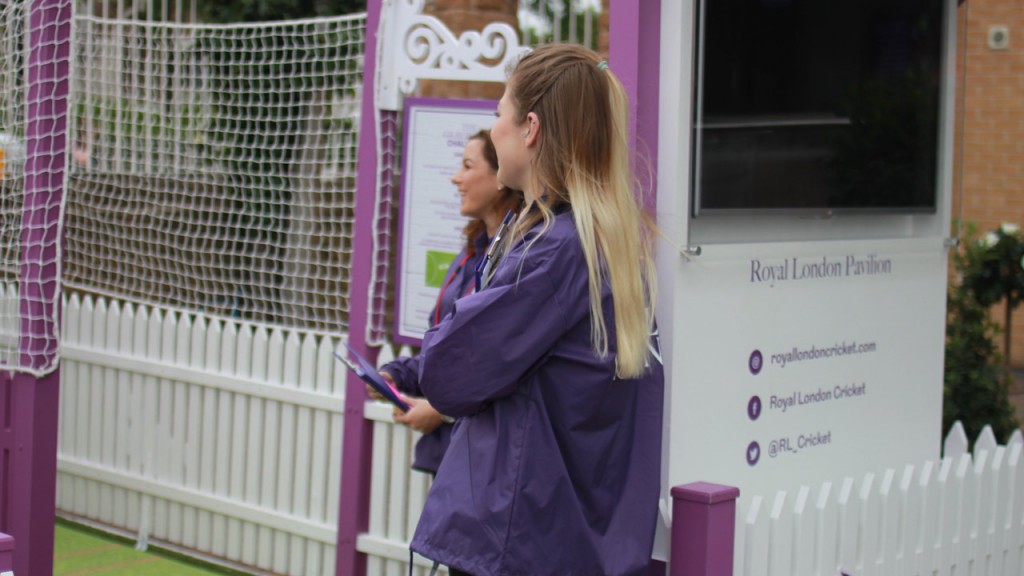 Royal London, one of the match day and series sponsors for the England ODI series are looking to build on their good work from the series so far and raise further awareness at Trent Bridge as England look to level the one day series with New Zealand.

These include table cricket and the infamous Gilbert beak challenge which has been a crowd favourite around the grounds so far this series it promises to be a fun filled, exciting day not only on the pitch but off the pitch too. 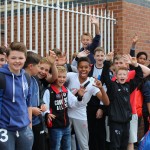 Youngsters waiting patiently for the gates to open. 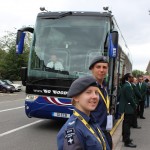 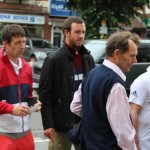 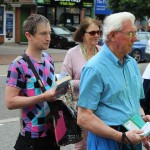 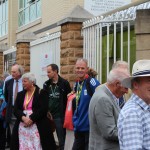 The members waiting for gates to open. 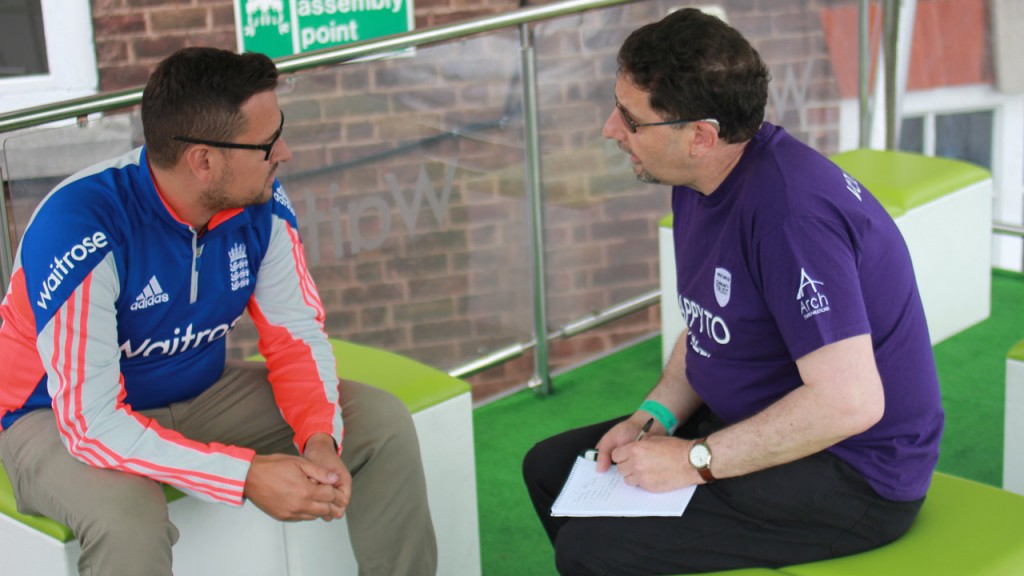 listen to ‘Welcome to Trent Bridge’ on audioBoom 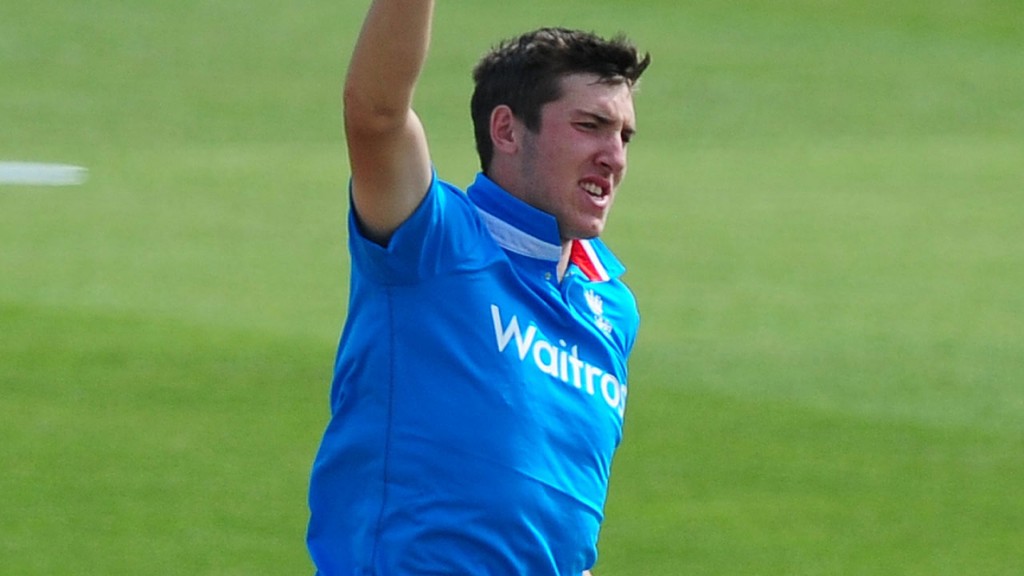 Craig Overton has welcomed the addition of twin brother Jamie to the England squad, but admitted he won’t relish batting against his sibling in the nets.

Jamie, the younger of the duo by three minutes, has been called into the squad ahead of Wednesday’s fourth Royal London One-Day International at Trent Bridge as a replacement for the injured Liam Plunkett, just a few days after his brother’s selection in place of Chris Jordan.

The Somerset duo could become the first ever twins to play together for England – and Craig admits he’s looking forward to family time, albeit after ripping into each other in the nets.

“None of the boys have been looking forward to facing him in the nets, put it that way – especially me, because he always gives me a bit of extra brotherly love!

“But we’ve been playing together since we were about five, so we still know each other’s games pretty well.

“We’re both pretty happy. We’ve only spoken briefly, but I’m looking forward to meeting up with him.”

Although both men have excelled with the ball during their short careers to date, Nottinghamshire were on the receiving end of Craig’s ability with the bat in the LV= County Championship in May as the 21-year-old swiped his way to a game changing 55 off 31 deliveries, the most recent of his five first-class half-centuries to date.

And Jamie, who himself has three red ball fifties, has backed his brother to become a genuine all-rounder.

“It’s been an interesting week for all of us,” Jamie said.

“I gave Craig a ring and said I’d see him in Nottingham. Then I spoke to our parents and obviously they are very happy as well.

“Craig’s been bowling fantastically and his call-up was rightly deserved.

“I saw a stat the other day that he’s the only player in the country who’s taken 20 wickets at less than 20, as well as scoring 200 runs, which shows he’s one of the best all-rounders.” 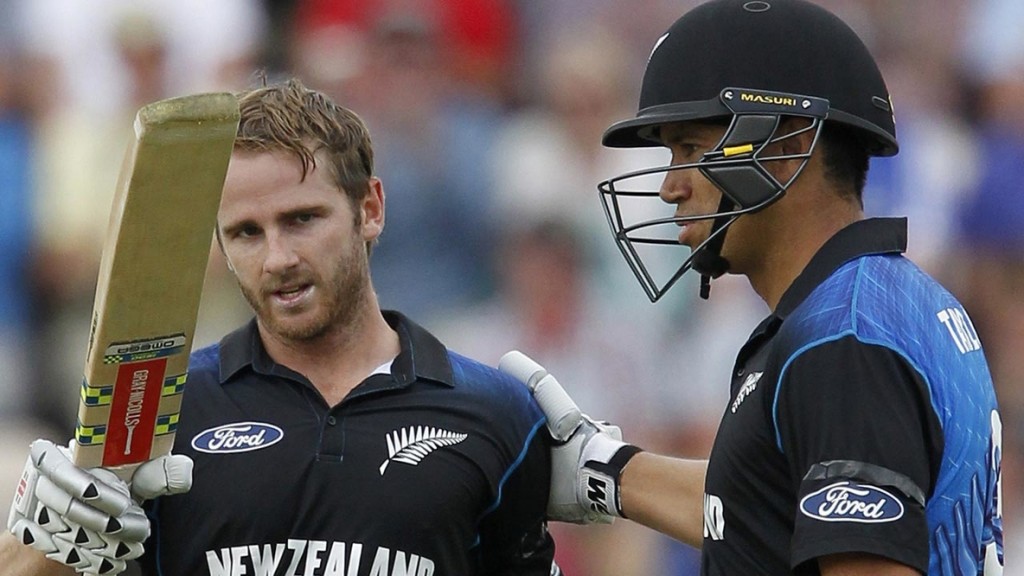 Third Royal London One-Day International centurion Kane Williamson believes the partnerships the Black Caps have managed to forge will go a long way to winning the series at Trent Bridge on Wednesday.

Alongside Ross Taylor, who scored his second consecutive century, the pair put on a record third wicket stand of 206 in ODIs for the New Zealanders.

Man-of-the-match Williamson believes that partnership, along with others in the chase, were the key to moving 2-1 ahead in the series.

“I think that partnership in the middle was key as it is certainly harder to score 300 in the second innings than the first,” he said.

“It requires a complete batting performance to follow the calculations with chasing such a big total down and that chase will give us great confidence.

“First of all it was important to actually bowl England out today short of their 50 overs. They were on target for a big score and they’ve played really well again so it was nice to be able to do that and get a total that you could probably break down.

“England have been playing really well throughout the series and so it was pleasing that we managed to come out on top and I am sure the crowd will be loving the brand of cricket both teams are playing.”

After an emphatic win in the first game of the series, England have lost their way in the previous two ODIs with the World Cup finalists once again taking charge.

All-rounder Williamson is still wary of the talent England possess though and won’t be taking the challenged of winning the series lightly when they line up at Trent Bridge.

“They have a number of players that bat aggressively whether it be Jos Buttler or Eoin Morgan, they are full of talented players at the moment,” he said.

“Ben Stokes is also extremely talented, another one of the guys in their side who can bat, bowl, field and is a really good athlete.

“Adil Rashid is improving all the time and as I have said before he offers something in all three facets of the game so is he is a great player to have in your side.

“All the cricketers on show for their side and the others waiting in the wings show the depth of quality that England have at the moment.” 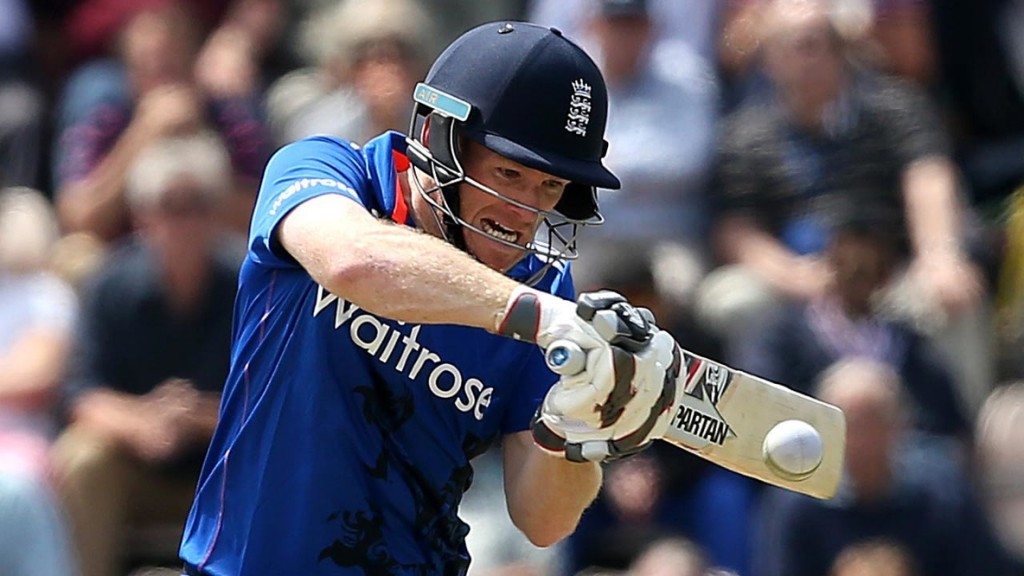 Despite England scoring over 300 for the third Royal London One-Day International on the trot, Eoin Morgan finds his side 2-1 down heading into the fourth match at Trent Bridge.

Centuries from Kane Williamson and Ross Taylor guided the Black Caps to a three-wicket win in the third ODI at The Ageas Bowl, chasing down England’s 302 with seven balls to spare.

However, captain Morgan is remaining upbeat after another positive batting performance and has backed his team to respond in Nottingham.

“I think 300 was a pretty good score, it probably wasn’t a match-winning score but I’m proud of the guys and the way they came out and played again in a positive mindset,” he said.

“I think for a while now we’ve always played within ourselves and always batted up before the end but for a long time we were looking like getting 350 plus and that’s exciting to see, particularly when we’re trying to change our mentality with the bat.

“300 was certainly well within the game but I think what cost us was Kane and Ross’ partnership. They played really well today and all credit to them. We’ve got a young bowling line-up and we failed to come up with something to break them up.”

Trent Bridge marks a make or break situation for England with only a victory enough to take the series in to a fifth match.

And Morgan knows his team are only on the first step of their exciting new brand of cricket, with much improvement still to come.

“We’ve taken the overs out of the equation. Bottom line we got 300 on the board – we were aiming for a lot more, which is the important part,” he said.

“As long as we set the standards really high we’ll win more games than lose playing in this manner.

“It’s something we’re honing in on and it’s something we can only get better on. We’ve got a lot of talent in the field and like anything, we set the bar high and our skill level is just a bit down at the moment.” 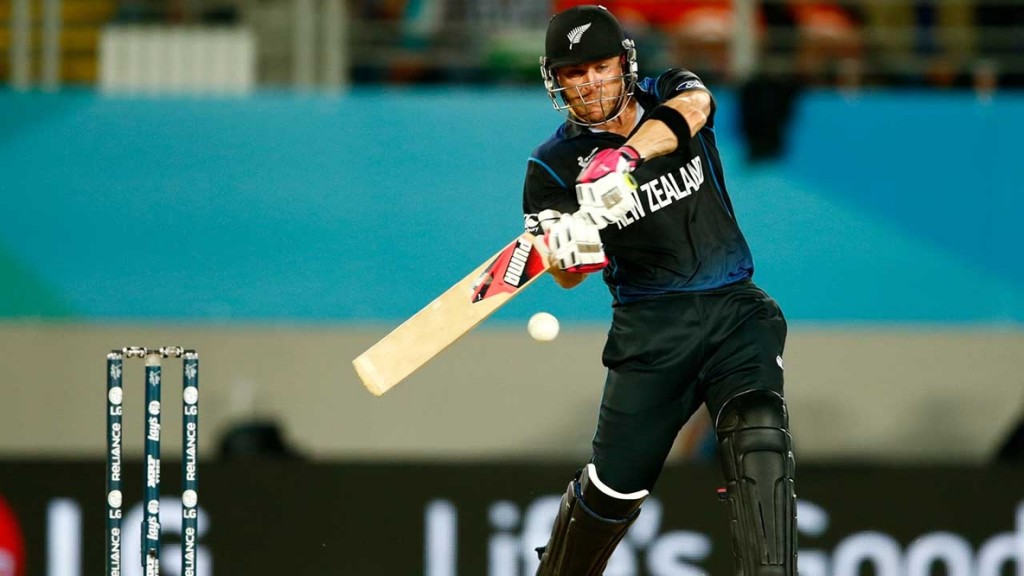 In stark contrast to when New Zealand overcame England in the recent ICC Cricket World Cup, the first two games of the Royal London One-Day International series have been played to the highest quality by both sides.

The Black Caps levelled the series with a 13-run Duckworth Lewis Method win in the second ODI but all wasn’t straightforward for the visitors in their bid to defend 398-5.

Captain Brendon McCullum believes England are a completely different side to the one that won just two games a couple of months ago and relishes the challenge over the remaining three ODIs.

“It was terrifying at times thinking that we had got 400 and that it really should be plenty but this England side are playing a completely different brand of cricket than we have seen from them over a period of time,” he said.

“I thought it was an outstanding game and great credit has to go to England for taking us as close as they did. Neither team deserved to really lose the game.

“It is going to be a great series. I said after the last game that we would see some cliffhangers with how the teams are playing and it will be great viewing.

“I am sure the crowd will have loved the game and will be excited for the remaining three games to come with the series level at 1-1.”

An unbeaten 119 from Ross Taylor and 93 from Kane Williamson guided the visitors to the mammoth score on the back of a quickfire 39 from McCullum.

Taylor’s knock was to prove the difference between the two sides but McCullum praised the entire team for their performance in picking up the vital win.

“Kane was outstanding and we were looking at around 350 until Ross came in and stepped up the momentum through key partnerships with Grant Elliott and Luke Ronchi,” he said.

“When those guys can come in and have a player at the other end who is already 100 from 70 balls it gives them greater freedom to score quickly.

“The bowlers held their nerve at the end as it is not easy when you score 400 and the team still keep coming at you as hard as they can.

“We had to work hard to stay in front of England and it was a tough day for the bowlers but they stood up, took the attack and came out on top.”