Nottinghamshire’s much celebrated Community team will make good on a series of promises detailed in the club’s successful bid to land the Investec Ashes Test matches both this summer and in 2015 with the launch of an ambitious programme of initiatives to harness the full potential presented by hosting major matches.

The Trent Bridge Trust, the county’s charitable arm, is one of the partners in a group that brings together several Ashes host venues which includes the MCC, Durham Cricket Foundation, Cricket Victoria and the Lancashire Cricket Foundation.

Under the united banner of the ‘Ashes Legacy Partnership’, the venues will deliver common schemes to engage volunteers, entertain spectators and educate young people. 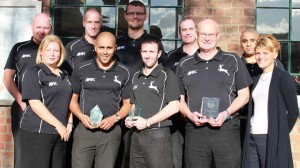 “We have always worked hard to ensure that major matches have a positive benefit on our communities, but this is the first time that we have planned a project on this scale,” said Tracey Francis, the club’s Head of Community Sport.

“Rolling out schemes across multiple venues seemed like a logical step for us, and the challenge now is to transform these plans into action.”

At the start of the season, the club unveiled a second permanent replay screen, the largest of its kind in Europe, which was part funded by Nottinghamshire County Council in recognition of the reputational, economic and community benefits of staging these major matches at Trent Bridge.

“The support of Nottinghamshire County Council was vital in securing these fixtures and enabling us to increase the scope of our schemes,” said Tracey. 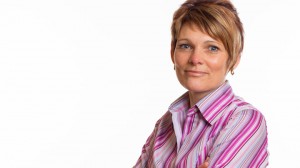 “We made commitments in our bid document to build the second replay screen, further enhancing our reputation as a ground.”

“There will always be competition between venues to host major matches but we want to promote idea-sharing and we’re really pleased to be working with other Ashes venues,” she added.

While Tracey’s team oversee several schemes that are not cricket-related, they maintain an over-arching aim to make cricket the sport of choice in Nottinghamshire. Countless hours are spent in clubs and schools ensuring that facilities are in place, equipment available and coaches are up to scratch. Maintaining their core commitment whilst delivering Ashes Legacy schemes on an unprecedented scale will be demanding.

The department have won the ECB award for Best Community Programme for the last three years and will make a compelling case for a fourth if every element of the proposed scheme bears fruit.

Specific Ashes Legacy Partnership plans include such schemes as open days where non-members can watch live coverage of the Test and an ambitious volunteering scheme to compliment the TrentBridge workforce.

“The games-maker concept enthused a lot of people to think about volunteering at sporting events but we have routinely used volunteers at Trent Bridge since ICC World Twenty20 in 2009,” said Tracey.

“Because of the size of this event, we have an opportunity to recruit more volunteers than ever before and they will form an essential part of our match delivery.”

Tracey added: “Hosting major matches and delivering in the community go hand in hand. One doesn’t happen without the other.”

“Our mission is to maintain exceptional event delivery with exceptional community programmes to help to safeguard the future of Trent Bridge as a Test Match Venue.”