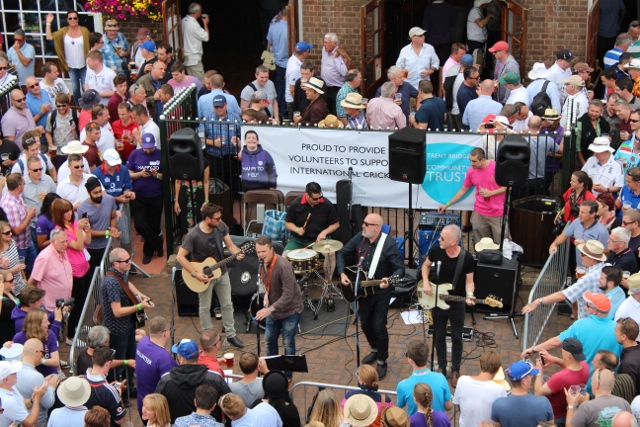 After an explosive first day of test cricket at Trent Bridge with 334 runs scored and 14 wickets falling, the entertainment on the field was second to none.

Off the field today we follow up yesterday’s entertainment with a selection of different entertainers, including Ashes legend, Graham Swann’s band – Dr. Comfort. We also have two acoustic singers under the New Stand all day on top of a variety of other musicians including a Dhol band.

Looking forward to what England fans are hoping will be a short day three as England close in on the series winning victory in this fourth test, those coming via Nottingham Station can look forward to being welcomed by a samba band and some Victorian Street Theatre.

Over at the ground there will be some acoustic singers and a dance troupe as well as some more theatre.